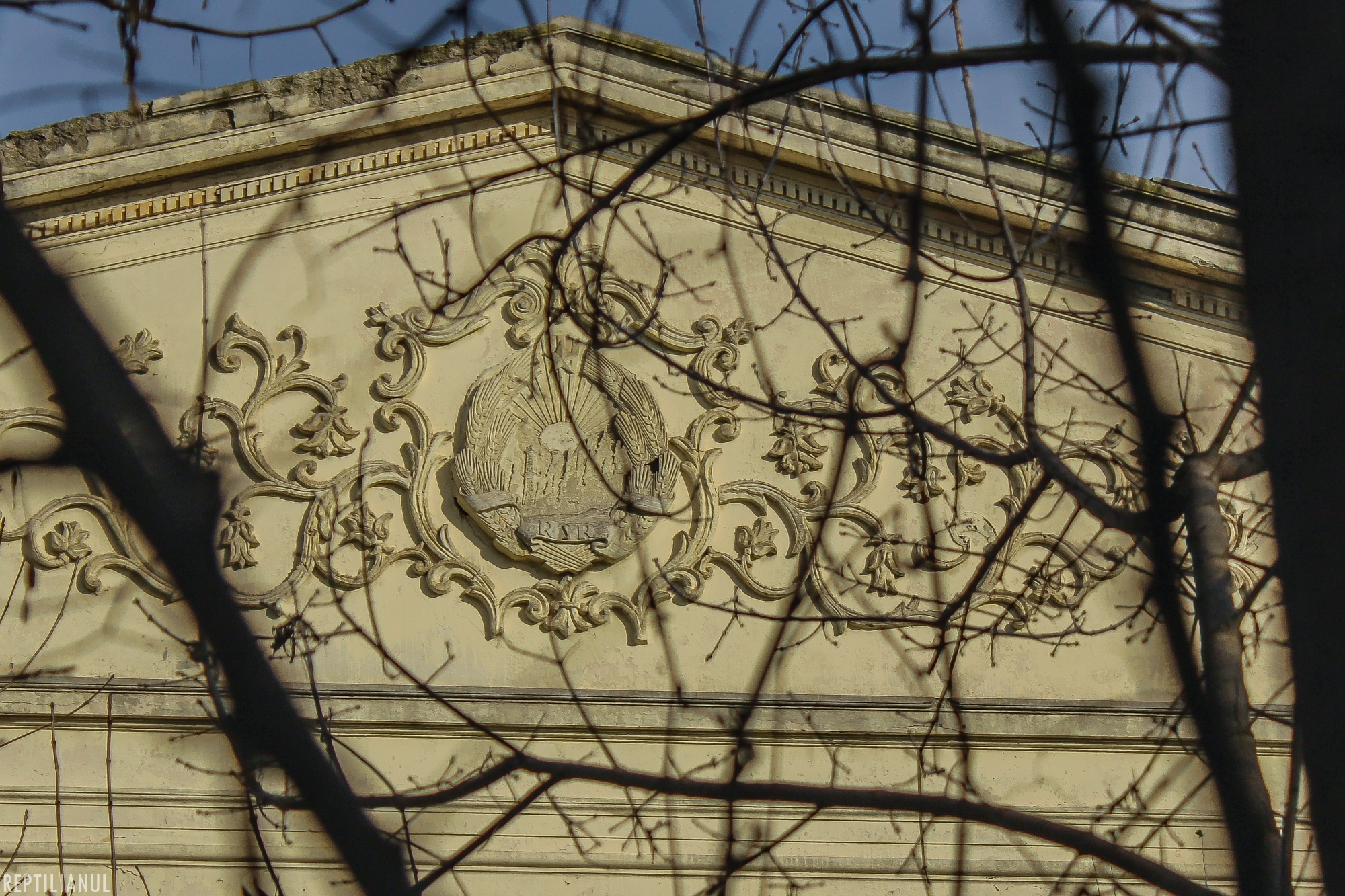 The summer theatre located in Bazilescu Park is one of the socio-cultural constructions built in Bucharest on the occasion of the Youth festival in 1953, representative for the socialist realism, expressing the power and greateness of the totalitarian regime by resorting to the vocabulary of classicism. The building is part of a coherent urban ensemble composed of a series of equipments built in the same period along Bucureștii Noi Boulevard.

The necessity to achieve the construction in a very short time determined the use of technologies and finishing materials which should permit a simple execution in good conditions. The columns, initially designed to be prefabricated were precast in situ, being made of reinforced concrete, the ornaments were made of plaster not of artificial stone, the floors are of concrete. The portico’s concrete columns support an entablement covered by a wooden roof structure with a roof of tiles.

It’s one of the largest outdoor amphitheater from Bucharest and Romania, abandoned by the authorities, hand in hand with real estate mafia and left to decay.

By Alex Iacob on Totally Lost.