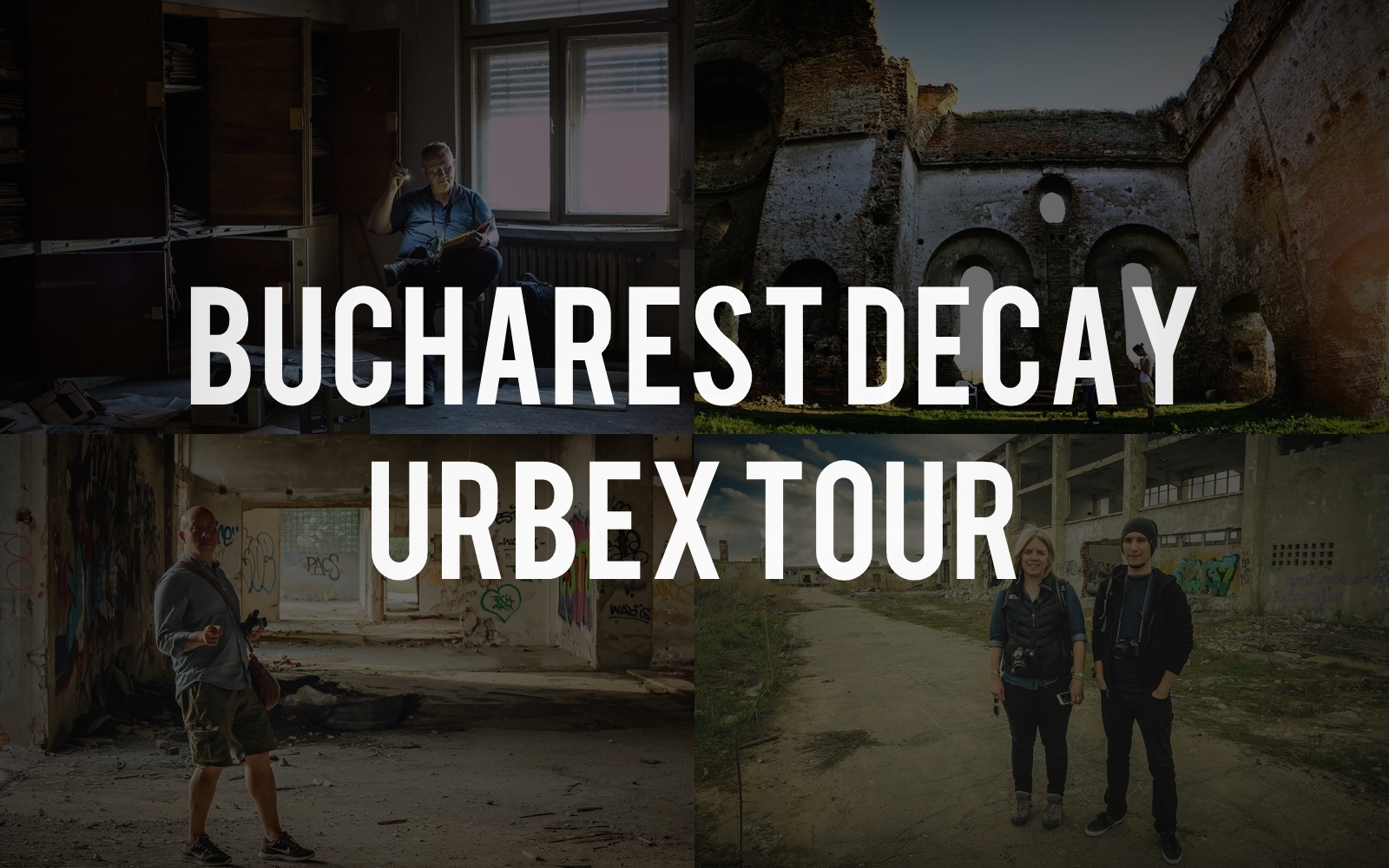 If you want to explore Bucharest with a local, you can send an email to reptilianul@yahoo.com to set up the details of your next urban adventures!

We will visit several abandoned and forsaken buildings and structures in Bucharest city, where “normal” tourists would never end up! Discover the real Romania through our decaying communist heritage and learn about our history through the prism of urban exploration.

Now you can book the Bucharest Urbex Experience on Airbnb!

We will visit one of the most famous cemeteries in Romania, a real open-air museum full of monuments, symbols and more or less sinister stories. The Bellu cemetery in Bucharest, also called the “Garden of Eternal Rest” of Romanian personalities, hides stories unknown to the general public. In this tour we will try to discover them step by step.

Also, in the second part of the tour, we will visit a crematorium built in the interwar period in an eclectic style with elements of Byzantine, Syrian and Egyptian inspiration. The crematorium, decommissioned in 2002, is a historical monument that houses relics, urns and even stories about military tunnels that pass under the building.

Now you can book the Hidden stories of Bellu Cemetery and Cenușa Crematorium Experience on Airbnb!

I started doing urban exploration in 2009. Since then I have found many old abandoned buildings. I photographed them and documented their history, which I exposed on my personal blog.

Reptilianul is more than a collection of photographs. It tells the story of Bucharest’s past glory and captures its contemporary beauty of decay and oblivion. The blog represents the determination to discover new city layers and to invent new ways of representing them. It is my way of reclaiming and beautifying the city, which has been traumatized by both the megalomaniac vision of former dictator Nicolae Ceaușescu and the current collusion of real estate agents and local authorities.

The Secret Bucharest of Reptilianul – an interview about urban explorations

Reptilianul represents a collective, aspirational character I would say. It is the raw desire to discover, to experiment, repressed for the most of us, but rediscovered while looking at your photographic testimonies and reading your texts about that hidden Bucharest, hidden or just masked of by our habits. How is this impulse working for you? Where did it start? Do you have any idea where it will end?

Curiosity did not kill the cat. I think everyone is pushed by the need to know. It’s a food more or less spiritual which ranges from books to people and places.  All that matters is to find the source of this desire and the path to new discoveries. I used to spend my time with friends from high school in such abandoned places. We used to drink beer, have fun, starting interesting conversations, but it was only later that I started to take pictures of these places that hosted our spare time. First I wasn’t involved in large documentations about those houses and hotels that we loosed ourselves in the corridors, but I felt it necessary at some point. It was necessary because it was filling the blank from all this leisure activity. Bucharest looked differently; even nowadays I find new things to tell stories about. It is hard to quit such an addictive passion. I will keep on discovering more and more places as I know best: along with friends.

Is your Bucharest accessible to anyone? What will somebody need to follow your steps in this adventure?

No, and this is one of the reasons for my blog existence. I can say it is difficult to gather a group of people for an organized exploration. You face several obstacles depending on the chosen location, from the security guards and troubles with authorities to complicated infiltration methods, where you need a good physical condition. The rest can be bought: a proper outfit, boots, a flashlight and, obviously, the camera. That’s why usually my explorations are very spontaneous. My Bucharest is accessible to anyone ready to compromise and mostly to risk.

How do you learn about the stories of the places you visit?

From different sources. Now don’t imagine I’m always like a bookworm, but I search whatever I can find on the internet, then I open the books and add or fix up the information. Sometimes I find somebody’s words interesting and I write them down.

Do you have strange stories from your expeditions? Did some guard ever turn into a dragon or a catacomb into a palace?

There are so many stories to tell. Quite unforgettable is the exit from Dunărea Hotel near the North Railway Station. It was on Christmas and I had to jump from about six metres high. There was no other way to get out so I jumped right in the snow, which was very thick. On other occasion I spent the New Year’s Eve on the roof of Victoria Casino to see the fireworks. The interior of the building is incredibly beautiful and it is one of my favorite houses in Bucharest.  Beyond the aged façade there are still red carpeted stairs, architectural details and a lot of mirrors. At that time the roof was icy and slippery. I was scared like hell but it was really worth.

I had also encountered angry people calling for reinforcements! The police searched us and after long contradictory discussions, we had always won. But you also have to keep in mind that sometimes the shameful running is healthy!

Which are your dearest Bucharest discoveries; the best moments that you can easily recall?

There are the moments described above and the summer nights on the roof of Adevărul Building near the Military Circle. We used it as a meeting point and there were lots of us coming. Another crazy exploration pushed me to the top of IFMA Tower in Basarab, where I have celebrated with a friend the new reached height.

Where are the most beautiful buildings in Bucharest and why are they beautiful?

I love Elisabeta Blvd. Much of the buildings are currently rehabilitated, such as Cismigiu Hotel and Boulevard Hotel. Here is the City Hall building, also in rehabilitation, across the road from Cismigiu Park.

If someone will feel like it, they could join you in your Bucharest expeditions, or the adventure is only at the personal level?

As I said, the adventures are wonderful thanks to the friends. I believe I went all by myself only twice or three times and I did it because I was passing by at the right time.

Is there any place that definitely should be explored by any Bucharest inhabitant or tourist in order to feel the pulse of the city?

Yes, I would recommend to anyone to go up on the buildings in the city centre. Sunrise and sunset are special, but both during daytime and at night Bucharest looks more beautiful from above. A unique feeling overwhelms you, the one of being above the crowd, which unfortunately disappears as quickly as you get off and reach the street level.

How do you start your exploration? Do you plan it?

Not really, I prefer the spontaneous expeditions. I like being surprised and I wouldn’t like to spoil this by planning it.

Have you ever done a show with your photographs?

I didn’t, but I have a plan for a show at the end of this spring. I also have some other few surprises on-going.

Is this a source for earning a living? It is a way of life or just a hobby?

It is only a passion that I discover a name over time – urban exploration. And it is much more than that, it is a life story of people discovering a beautiful city.