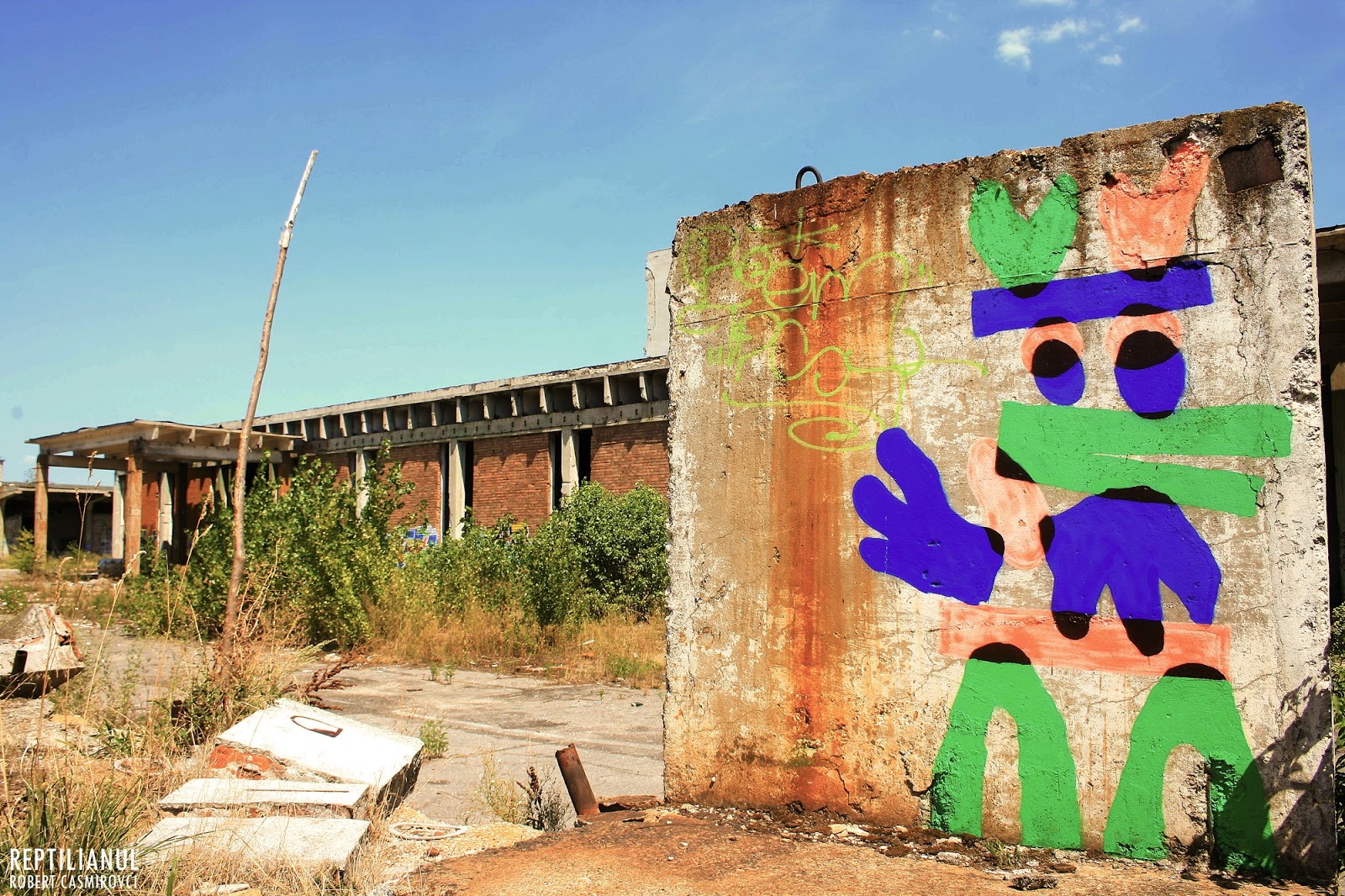 Good evening or good morning. It matters. I’m Robert, urban explorer and street art enthusiast. You’re going to discover me through the short articles that I’m going to post on this blog. Each article will feature an interview with a Romanian street artist. The interviews are going to be kept simple, just a few words that describe them best and other stuff that they’re going to throw in.

We’ll start the list with KITRA – illustrator, street artist, toy designer, nicestuffmaker and all-in-all nice guy. His characters flood the ever-changing facades of the city and you can spot his artworks in the most peculiar places. From the hectic Old Town to the abandoned industrial ruins of a former gun powder factory, I followed into Kitra’s footsteps.

Kitra: I didn’t know that’s a fruit. Good to know. I picked Kitra because I was a cheapskate (rom. “chitros”) when I was living in Targoviste, when I was saving money to go to college.

#2R: Excluding the local urban grounds, where else have you been walking around and where did you leave your mark?

K: As far as I remember, Berlin, London, Budapest, Warsaw.

K: I do get inspired by other artists, maybe sometimes I copy without realizing, instinctively. I’ll say that it’s good to take a peek at what other people are doing and after that, simply mix all the information you got.

#4R: Decorative or provocative? How should street art be in Romania?

K: Street art just needs to be. I don’t think there’s a formula for it, be it decorative or provocative, realist or abstract.

#5R: What’s your biggest project up to date? Also, any collaborations?

K: My last big project was a mural in Sibiu done during the Street ART Festival in Sibiu, in collab with Pren.

Fair enough. Well, thanks for that Kitra. It’s been a lovely day. If you are interested in KITRA’s past projects, check out his contribution for the Pictoplasma‘s Characters Portrait book. He also does trophies, for the NEXT Film Festival per example, bumbags, chairs (!) and drums (or huge beer cans, I don’t know). He was also part of the Work in Progress event in 2013, one of the biggest street art events in Bucharest.

Also, be sure to check out these really neat T-shirts that KITRA made for Subcarpati, the underground folklore hip-hop romanian band.

If you wanna know more about Kitra, just leave him a message on his facebook page @KITRA and he’ll block you for spam, because you’re such a fanatic or check his Instagram if you are bored @kitragram and send him your love, likes and a Cher.